Slovenian qualifier Aljaz Bedene won his first-round main draw match at the Western & Southern Open on Sunday afternoon, upsetting 13th seed Cristian Garin in a two-hour, 50-minute battle. Before leaving the USTA Billie Jean King National Tennis Center grounds, he told his coach, Markus Wislsperger, that he wanted to wait around the venue before heading back to the hotel.

Bedene’s countryman, NBA superstar Luka Doncic, was on television, leading his Dallas Mavericks in a tight playoff game against the Los Angeles Clippers. Doncic set social media on fire with a game-winning three-pointer.

“He delivered. It was really good,” Bedene said. “I love watching him play.”

Doncic visited last year’s Plava Laguna Croatian Open Umag to watch Bedene face Dusan Lajovic in the quarter-finals. The World No. 61 said having the basketball star there “was quite cool”.

“I know Luka loves tennis. Maybe he’s not the best yet but I’m sure he’s going to achieve what he wants to do and he’s just such a great competitor,” Bedene said. “We [have] played some football together and he wants to win at everything he does, so that’s what makes him great.”

Bedene is doing well for himself, too. The four-time ATP Tour finalist is into the third round of an ATP Masters 1000 event for the third time (2014 Miami, 2018 Rome) after defeating American Taylor Fritz 7-6(5), 7-5 on Monday.

“Sometimes it’s easier to be focussed after you come back after five months,” Bedene said, referencing the ATP Tour’s suspension due to the COVID-19 pandemic. “You really want to get into it, every point is important and I feel I’ve been doing that pretty well, so it was the beginning I was hoping for.” 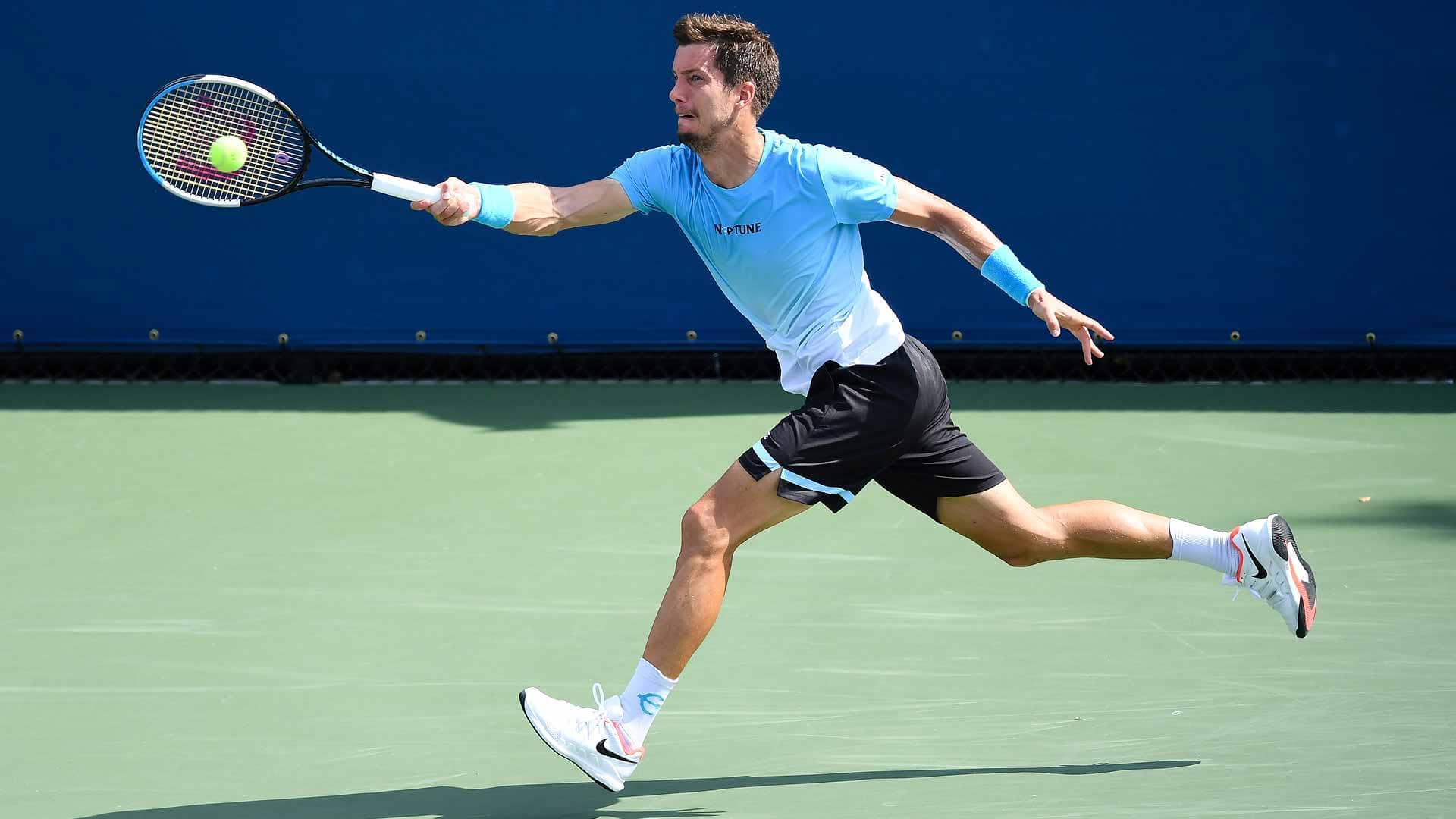 It was a tough five months for the Slovenian, who admitted he struggled to find quality players to practise with at home. The 31-year-old arrived in New York and was unable to get a practice in until last Tuesday, giving him only two days of training before qualifying began.

“I was surprised, because when I was playing at home, playing [with] worse players, it’s not the same,” Bedene said. “You have to be playing a lot, playing with better players or with players on the same level and that’s how your tennis goes up. But I’m happy with the way I’m playing now. I guess the conditions suit me.”

Bedene reached his career-high FedEx ATP Ranking of No. 43 in February 2018. He is still hungry for more, though. Just more than a year ago, he hired a sports psychologist. After last year’s US Open, he hired Wislsperger, the former long-time coach of Philipp Kohlschreiber. Bedene enjoyed impressive wins sporadically, but he was searching for more consistency at that level, looking for someone to push him even further.

Now, the Slovenian will have a chance to earn arguably the biggest win of his career in the third round against defending champion Daniil Medvedev.

“I think he’s so unique. You wouldn’t say from a tennis coach’s perspective that he is the ideal player or you’d have to watch his shots or whatever. He does everything well. He moves well, he serves well, he is tall, he hits everything in front so even if his shots look odd at times, he is hitting everything so well,” Bedene said. “He is playing unbelievable tennis and I’m always surprised how quick he is. He’s tall, but we’ve seen some highlights where a player stops playing thinking they won the point and he got there and won that point. It’s amazing.”

While Bedene is intrigued to play Medvedev for the first time, he knows to have a chance he’ll need to bring his best.

“In the end I have to focus on myself. If I’m playing well, it’s another day in the office. I want to do well,” Bedene said. “I always say it has to be up to me. If I am doing my best, if I believe in what I have to do, I’m usually going to be okay.”