FRISCO, Texas — If the comment had been made by one of the three Super Bowl-winning quarterbacks the Dallas Cowboys faced in 2019, from a player such as New England’s Tom Brady, the New York Giants’ Eli Manning or Green Bay’s Aaron Rodgers, maybe it would have been easier to take.

Because of those quarterbacks’ combined pro experience, each of them truly had seen everything a defense could do over the years.

But it was Sam Darnold, the New York Jets‘ second-year quarterback coming off a three-week layoff because of mononucleosis, who last October perfectly summed up the Cowboys’ defense in 2019.

“They just kind of did what they do,” Darnold said after the Jets’ 24-22 win. “They do it every single week. They just play one-high [safety], occasionally two-high, and they like to stop the run.”

Calling the Cowboys’ defense predictable is not surprising, but it’s not as if the unit was awful. It ranked 11th in points and ninth in yards per game last season. From 2014 through 2019 under former coordinator Rod Marinelli, with help from Matt Eberflus and Kris Richard, the Cowboys did not finish worse than 16th in yards or points per game.

But the Cowboys’ defense also lacked the ability to take the ball away and could not come up with crucial stops in key games.

Defensive coordinator Mike Nolan is bringing in a new-look defense charged with producing more takeaways, although he has said there is a lot that will be carried over.

“The things they did last year I thought were very helpful to the things we’re doing,” Nolan said. “We’re adding a few things here and there.”

While the Cowboys will continue to have a 4-3 front, the alignment is different than in the past. Aldon Smith is essentially playing as a 3-4 strongside linebacker in a two-point stance. DeMarcus Lawrence is still lining up as the right defensive end, but at times he is also in a two-point stance.

The Cowboys have shown some traditional 3-4 looks, which will benefit from the arrival of nose tackle Dontari Poe, with Lawrence and Smith replicating the spots DeMarcus Ware and Anthony Spencer used to hold in Wade Phillips’ defense from 2007 to 2010.

Leighton Vander Esch and Jaylon Smith have flipped positions, with Vander Esch now the Cowboys’ signal-caller as the middle linebacker. Smith is operating in Demario Davis‘ role in New Orleans, where Nolan coached linebackers before coming to Dallas. Vander Esch and Smith are blitzing more as well.

“I feel like it was a good decision to try to protect Jaylon a little bit more in some of the blocking scheme things, not because he needs it, but because I thought because of the size thing with Leighton that taking on people may be a little strength,” Nolan said.

Safeties are disguising their looks more, deciding when one will be close to the line or whether they will hold their half of the field. Cornerbacks are mixing between off and press coverage.

Dallas cornerback Chidobe Awuzie wouldn’t name them, but he said some quarterbacks have asked him what the Cowboys’ defense will be doing in 2020. That didn’t happen in his first three years.

“We’re going to be running all the same coverages out of different looks, out of the same looks,” Awuzie said. “It’s going to be real multiple. It’s going to produce a lot of mistakes by the offense and quarterbacks. They’re just going to throw it into the coverage that they were expecting something else, but they’re not. When you have two high safeties or one high safety before the play starts, it’s very easy for a quarterback to diagnose where they’re going go with the ball before the play starts. 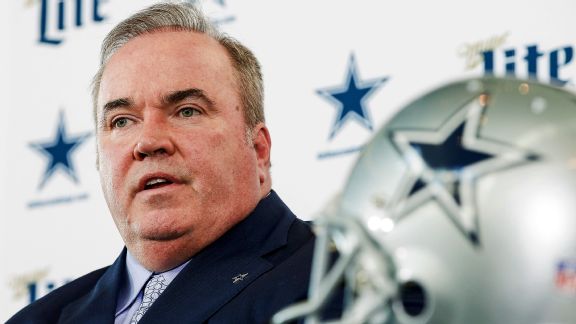 “But when there are disguises, moving, being active and not being statues, it’s going to be real hard for them. They’re going to have to diagnose while the play’s going. That’s going to produce sacks and turnovers.”

Cowboys quarterback Dak Prescott believes seeing the different schemes in practice will help him during the season.

“I mean, you get used to what your defense does and you’re able to pick on them I guess a little bit. But that’s not the case with the defense and what Coach Nolan is doing with his scheme,” Prescott said. “They’re changing things up. They give you different looks and you’ve got to always be on your p’s and q’s.”

The Cowboys hope opposing quarterbacks will have to be on their p’s and q’s much more than they were a year ago.

The Cowboys are scheduled to face two Super Bowl-winning quarterbacks this season in Seattle’s Russell Wilson and Pittsburgh’s Ben Roethlisberger, and three more who have taken their teams to a Super Bowl — Atlanta’s Matt Ryan, the L.A. Rams’ Jared Goff and San Francisco’s Jimmy Garoppolo. The Cowboys also face last year’s NFL most valuable player in Baltimore’s Lamar Jackson and this year’s No. 1 overall pick in Cincinnati’s Joe Burrow.

The Hockey News Podcast: What's Next for Marc-Andre Fleury?

The Hockey News Podcast: What's Next for Marc-Andre Fleury?