Jamie Murray and Neal Skupski advanced to the semi-finals of the Western & Southern Open for the second consecutive year on Wednesday, ousting fourth seeds Kevin Krawietz and Andreas Mies 4-6, 6-1, 10-8.

“Another good win for us today. Weather conditions totally different to what we played in so far this week,” Skupski said, noting the wind. “We adapted well. We got off to an early lead in the second and took confidence from that. The tennis wasn’t great today because of the conditions, but we managed to come through and we’re both excited to be in the semi-finals of ‘Cincinnati’.”

The match turned around early in the second set, when Skupski hit an inside-in forehand winner past Krawietz, who was at the net. The Brits then found their rhythm, playing a clean Match Tie-break to advance after one hour and 19 minutes.

Murray and Skupski will try to reach their first ATP Masters 1000 final as a team when they play Australian Open champions Rajeev Ram and Joe Salisbury.

“It won’t be easy, but we’re looking forward to it,” Skupski said. “Hopefully we can put in another good performance.”

Two unseeded teams will battle for a spot in the Western & Southern Open final in the bottom half of the draw when singles stars Pablo Carreno Busta and Alex de Minaur face Americans Steve Johnson and Austin Krajicek. Neither pair had previously competed together in a tour-level event. 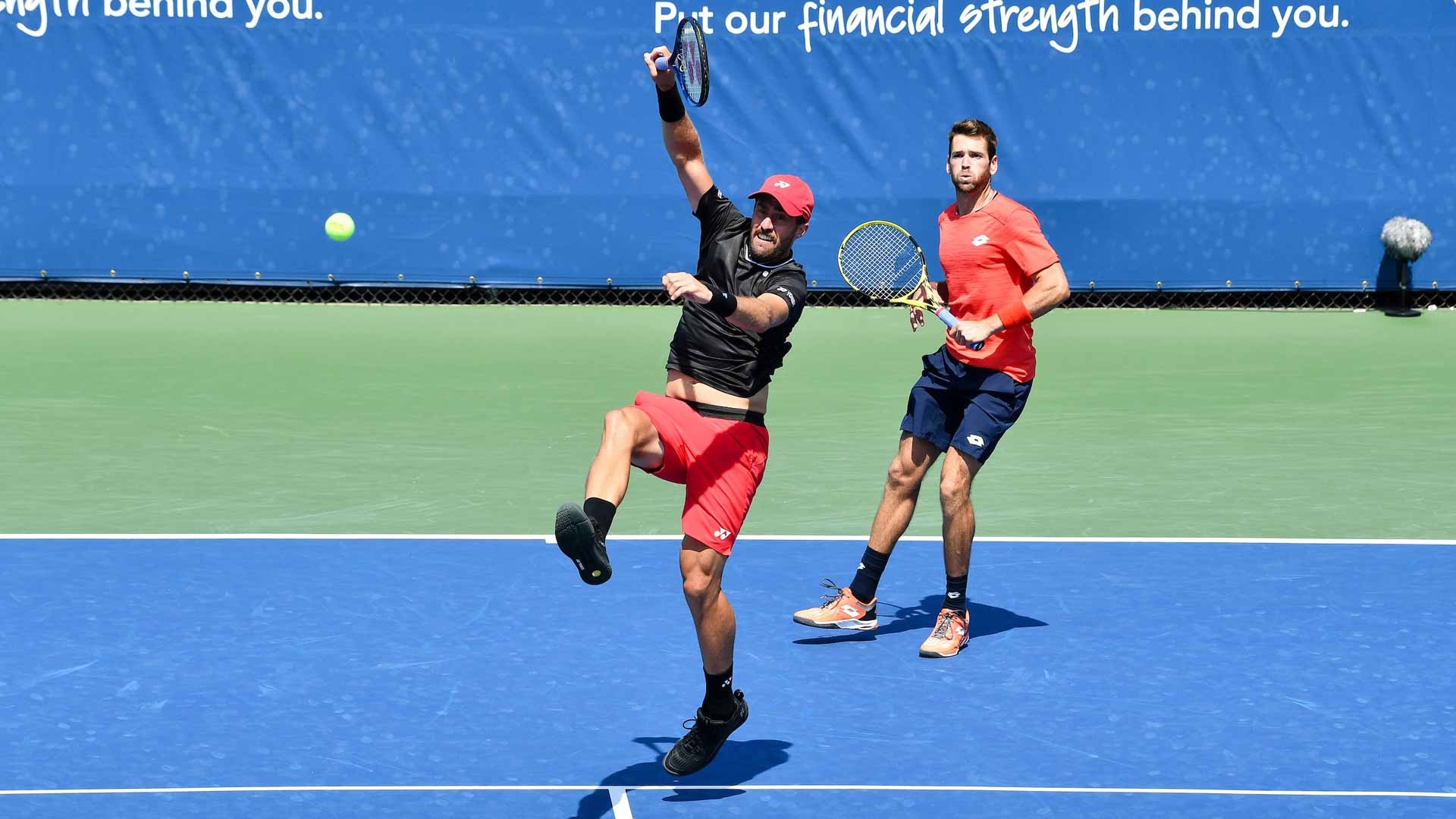 Johnson and Krajicek are playing together for the first time since the 2011 ATP Challenger Tour event in Knoxville, where they lifted the trophy. The wild cards upset veteran tandem Jean-Julien Rojer and Horia Tecau 6-4, 7-5.

Carreno Busta lost in the second round of the singles draw and De Minaur was eliminated in the first round. But they have found their form on the doubles court, defeating eighth seeds Wesley Koolhof and Nikola Mektic 7-5, 6-7(6), 10-7 in the quarter-finals. They also upset defending champions Ivan Dodig and Filip Polasek in the first round.