The US Open is set to begin on Monday, with Novak Djokovic chasing his 18th Grand Slam title, former World No. 1 Andy Murray looking to make a run, and stars Daniil Medvedev and Stefanos Tsitsipas trying to make a breakthrough at a major. But will someone surprise the field and make a deep run?

Before the action begins, ATPTour.com looks at five memorable runs at Flushing Meadows from recent years.

2019 – Grigor Dimitrov (Semi-finals)
Grigor Dimitrov was not a sleeper pick for the 2019 US Open. The Bulgarian had lost seven of his past eight matches when he arrived at Flushing Meadows. But the World No. 78 worked his way into form, highlighting his run with a 3-6, 6-4, 3-6, 6-4, 6-2 win against five-time champion Roger Federer in the quarter-finals.

Dimitrov had lost all seven of his previous ATP Head2Head meetings against the Swiss star, claiming only two of their 18 sets. He also clinched an impressive straight-sets victory against #NextGenATP Aussie Alex de Minaur in the fourth round.

“I think the past six, seven months have been pretty rough for me. But I had somebody to lean on, my friends, my family. I kept on believing again in the work, the rehab I had to put behind my shoulder, the exercise, the practice, fixing up the racquet a little bit. There were so many things I had to adjust in such a small but big period of time,” Dimitrov said. “Next thing you know, you’re almost [at the] end of the year, you have a result like that. It’s pretty special to me.”

2018 John Millman (Quarter-finals)
John Millman had never previously advanced past the fourth round of a Grand Slam when he got to the 2018 US Open. However, after a second-round upset of Fabio Fognini, he found his rhythm. The World No. 55 defeated tricky Kazakh Mikhail Kukushkin to earn a showdown against Roger Federer.

Millman ousted the five-time champion 3-6, 7-5, 7-6(7), 7-6(3) to reach the quarter-finals. The Aussie had never previously beaten an opponent inside the Top 10 of the FedEx ATP Rankings (0-10), but he battled past the Swiss after three hours and 35 minutes, before ultimately losing in the last eight against Novak Djokovic.

“I’ll obviously remember this for a long, long time. I hope the people who are watching here and back home remember it, too. I think that’s all part of tennis, sharing the experiences with those close to you,” Millman said. “It’s extremely special.” 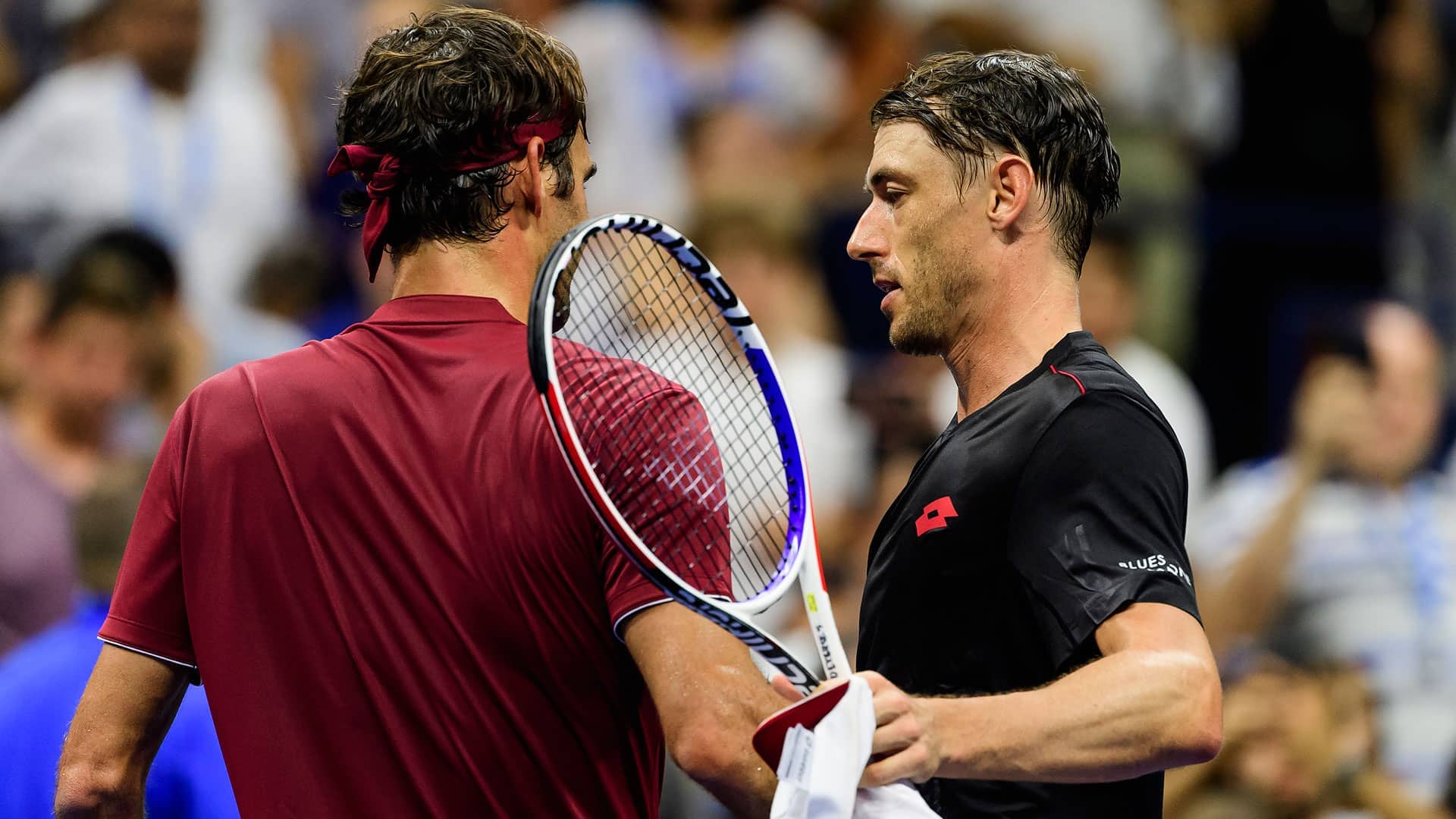 2017 Kevin Anderson (Final)
Kevin Anderson battled his body throughout 2016, nursing knee, ankle and shoulder injuries before a hip injury delayed his start to 2017, relegating him to World No. 80. But Anderson’s best tennis was yet to come.

Anderson forged a dream fortnight at the 2017 US Open, becoming the first South African to reach a major championship match since Kevin Curren did it at the 1984 Australian Open. The World No. 32, who was 31, also became the oldest first-time Grand Slam finalist since Nikola Pilic at Roland Garros in 1973. After beating Sam Querrey in the quarter-finals and Pablo Carreno Busta in the semi-finals, the South African succumbed against Rafael Nadal.

“Obviously very pleased of making my way through to the final and having that experience. Few players get that chance. It’s very tough,” Anderson said. “I learned a lot of lessons. It was a difficult match, up against somebody who has been on that stage over 20 times before… I think overall, it’s been a very, very positive two weeks for me.”

This was a launching pad for Anderson, who also reached the 2018 Wimbledon final. He has climbed as high as No. 5 in the FedEx ATP Rankings. 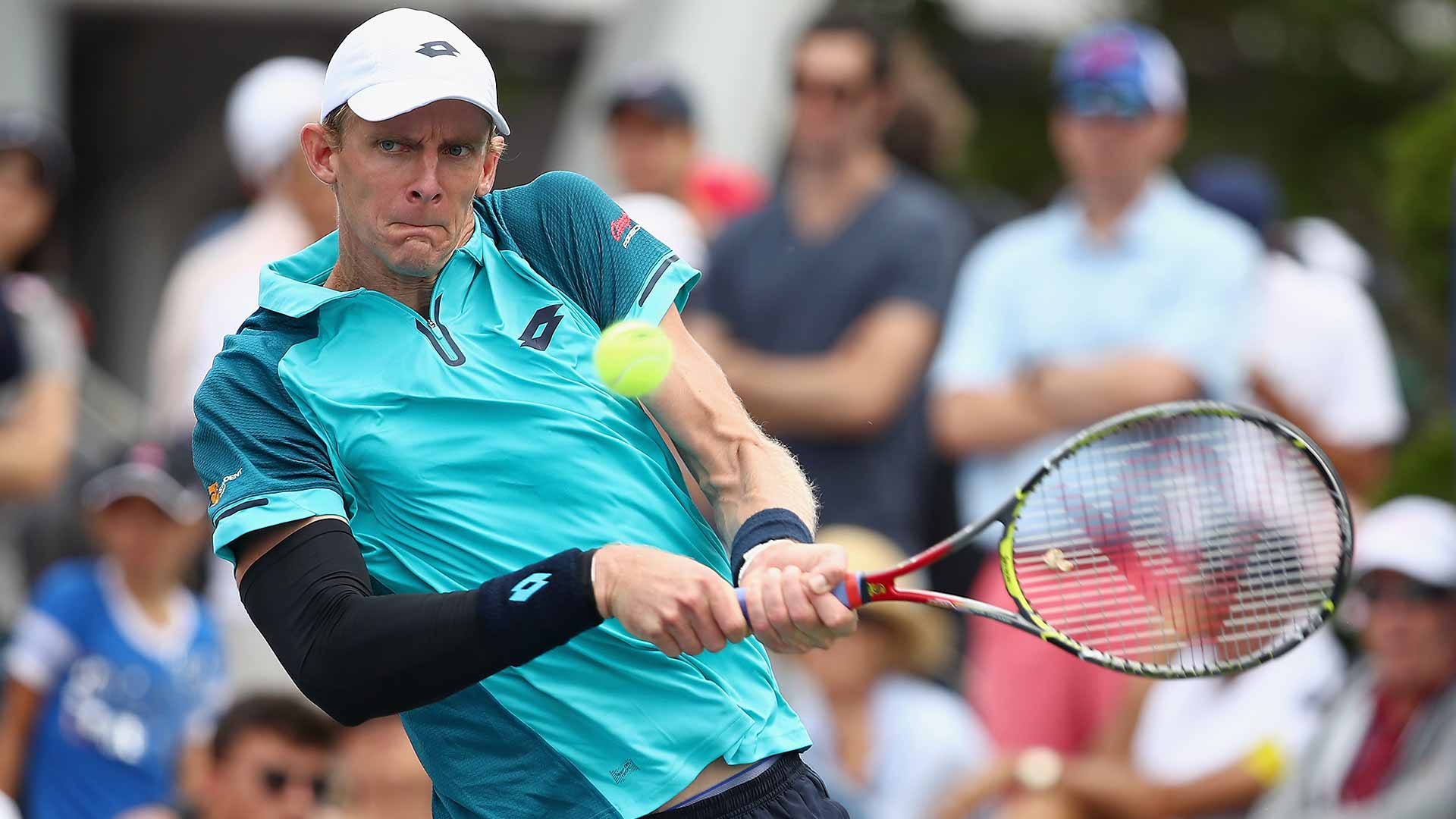 2014 Marin Cilic (Champion)
Nobody will soon forget Marin Cilic’s dream run to the 2014 US Open title. The Croatian advanced through a who’s who of contenders, battling past Gilles Simon in five sets and then-World No. 7 Tomas Berdych to reach the semi-finals. Cilic then shocked five-time champion Roger Federer in straight sets and defeated Kei Nishikori for his maiden Grand Slam crown.

The No. 14 seed claimed each of his final three matches in straight sets, defeating players against whom he had previously owned a combined 5-15 ATP Head2Head record.

“I’ve been dreaming of that all my life, working for it since [I was] a kid, just battling it out every single day, trying to push yourself as much as you can,” Cilic told ATPTour.com last year. “At some point in your career, you start thinking, ‘Is that ever going to happen?’ It was just incredible to win that one and just be among the history of incredible players who have won Grand Slams.” 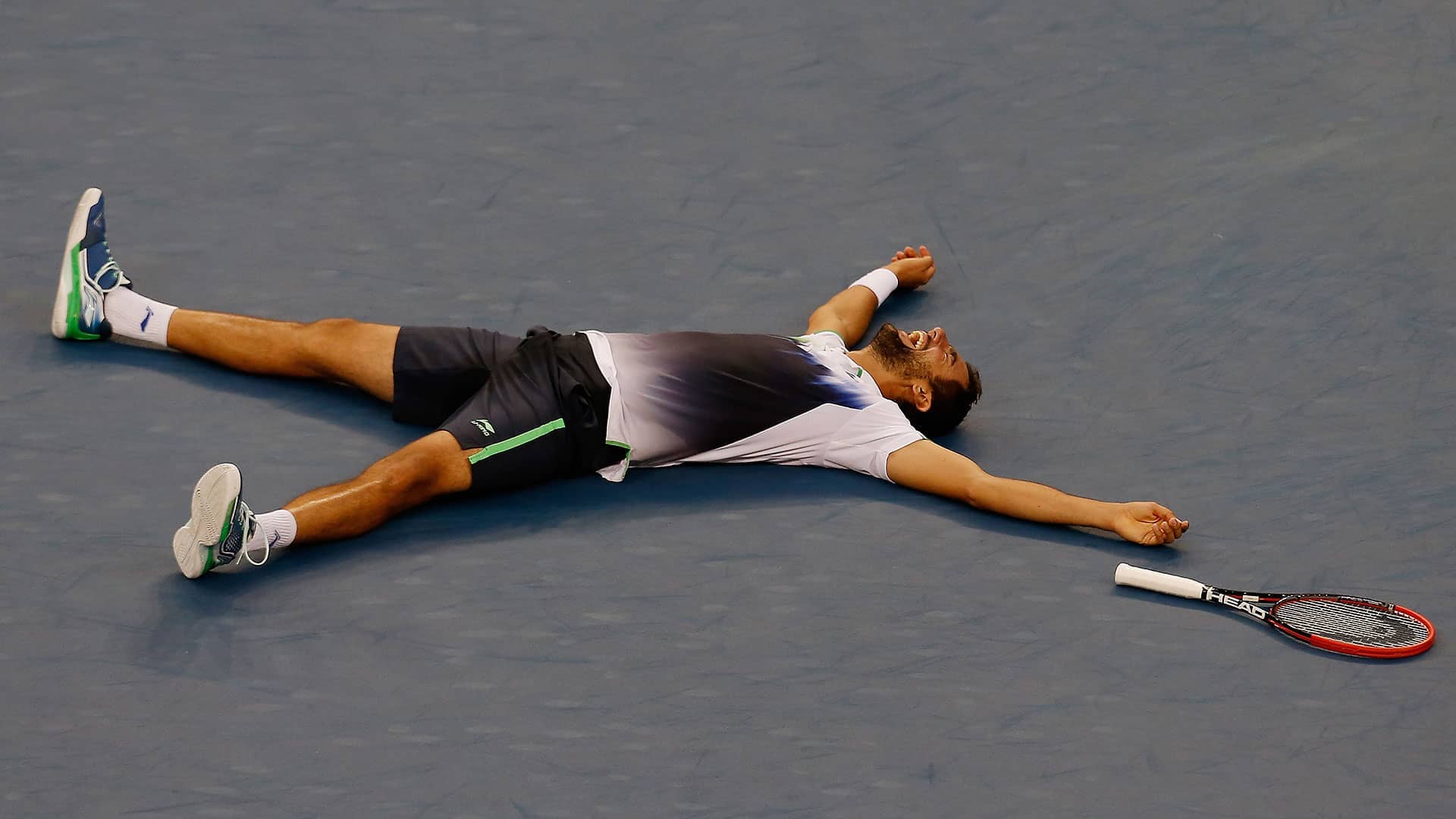 2014 Kei Nishikori (Final)
Kei Nishikori had a procedure in August 2014 to remove a cyst from his right foot. Before flying up to New York for the US Open, he did not hit a ball standing, only sitting on a chair.

But the Japanese played the best tennis of his career, defeating both World No. 6 Milos Raonic and reigning Australian Open champion Stan Wawrinka in five sets to reach the semi-finals. Nishikori then stunned World No. 1 Novak Djokovic in straight sets to become the first Asian man to reach a Grand Slam final. He fell short in the championship match against Cilic.