Preseason games were cancelled, training camps were restrictive and offseason programs were conducted virtually, making cohesion and chemistry particularly elusive throughout the NFL. But Los Angeles Chargers defensive coordinator Gus Bradley finally started to see his defense come together on Monday, 12 days before the season opener. It was the first time all year that he had seen all three levels work harmoniously — which only added to the cruelty of the circumstances.

Derwin James was not there, and barring a miracle, he won’t be all season.

The Chargers spent the offseason addressing their depth on defense so that they could better recover from the injuries that crippled them in 2019. But James, who needs knee surgery that is expected to keep him out anywhere between six and eight months, is the type of player one can’t replace. It’s why the company line doesn’t apply.

James isn’t just a 24-year-old All-Pro safety. He is quite possibly the best player on a supremely talented Chargers team, one who brings productivity and versatility that can’t be duplicated. Consider:

Before James went down during a red-zone play near the end of Sunday’s practice, the Chargers were largely using him in the middle of the field in order to maximize his opportunities around the football. It’s far too late for Bradley to change the structure of his defense, which means whoever replaces James will occupy that same, vital role on a team with aspirations of returning to the playoffs.

Bradley brought up the possibility of Rayshawn Jenkins returning to strong safety. He spoke glowingly about 2019 second-round pick Nasir Adderley and how his “mindset has changed” in his second year. He touched on the uncommon maturity and poise of undrafted free agent Alohi Gilman. And he brought up the versatility of Desmond King II, an excellent slot corner who has played both safety positions as part of an ongoing effort to maximize versatility for what promises to be an unpredictable season.

“It just gives us options,” Bradley said. “Really, when you look at it, they’re all gonna play at some time.”

The Chargers have plenty of premium athletes. They have players who are especially adept at getting after the quarterback and others who are good at defending the run. They have talented players in coverage and others who have the poise to anticipate plays before they happen. But nobody encompasses all those traits like James, who is suddenly staring at the reality of another lost year.

When the 2020 season ends, James will have played in only five games over a two-year period. He missed the first 11 games of the 2019 season because of a stress fracture in his right foot, which came three years after being limited to two games as a college sophomore because of surgery on his left knee. He has the ability to be the most dynamic defensive player in the game — and someday set the market for a defensive back — but his body continues to betray him.

“Derwin is a strong-minded person and nothing can really break him down,” said Chargers defensive end Melvin Ingram III, among those who went out of his way to console James in recent days. “This is just another chapter in his story, which is gonna make his story so much better at the end.” 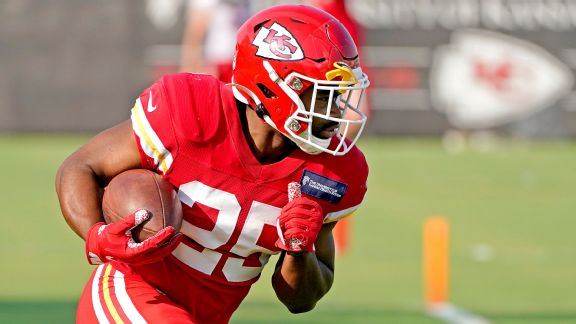 The Chargers, coming off a 5-11 season, were the third-most-injured team last season according to Football Outsiders’ adjusted games lost. The 2020 season will now mark the third straight year that will not start with James and defensive end Joey Bosa both healthy, a maddening development for a defense defined by untapped greatness.

The Chargers generated the NFL’s fewest turnovers last year and went 2-9 in one-score games largely because of that. A healthy James — rated within the top 10 at his position in run defense, pass rushing and coverage by Pro Football Focus — would have shifted that dynamic entirely.

They might still be good without James, but they can’t be the same.

“He pours his heart and soul into it,” Bradley said of James. “He’s everything you would want in a player as far as his passion, his enthusiasm. And it doesn’t matter if it’s Play 1 or Play 83 — you know what you’re getting. Obviously a guy like that, that presence out there, it affects.”