Edinson Cavani and Alex Telles are at Manchester United’s Carrington training complex ahead of their Deadline Day moves to the club.

Cavani, who is a free agent after leaving Paris Saint-Germain at the end of last season, is set to sign a two-year deal and will provide some valuable experience to United’s youthful forward line.

Telles is expected to arrive at Old Trafford on a five-year deal after United agreed a £15.4m deal with Porto on Sunday, just hours after the Portuguese club turned down their initial offer.

The 27-year-old left-back – who is into the final year of his Porto contract – will fly to Brazil to join up with the national team once he has completed his move to United.

Cavani and Telles may not be the only two arrivals at Old Trafford on Deadline Day, although United must complete any deals before 11pm, when the Premier League’s transfer window closes.

Ole Gunnar Solskjaer has been keen to sign a winger for the entire window and United have been in talks with Barcelona over a loan move for Ousmane Dembele, although both Barca and the 23-year-old are understood to prefer a permanent deal.

The Bundesliga side have insisted on several occasions that any deal for the England winger had to be completed by August 10, and that their asking price of £108m must be met.

United are also looking at 18-year-old Penarol winger Facundo Pellistri, although the move for the Uruguayan is expected to be one for the future.

As well as incomings, there could also be outgoings from Old Trafford on Monday, with Chris Smalling’s return to Roma still on the table. 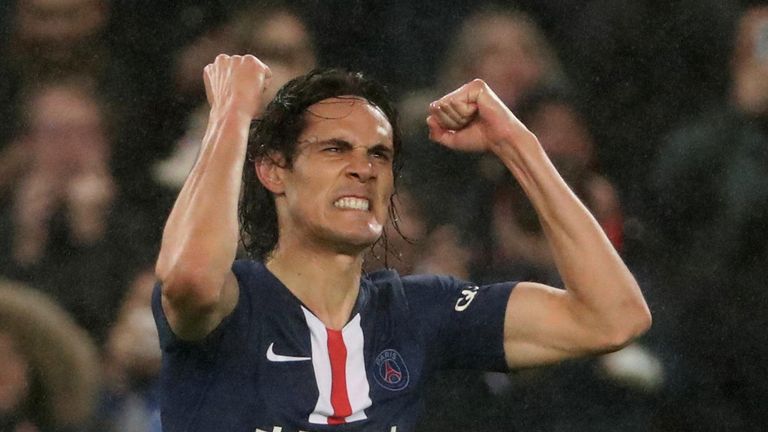 United are hoping the Serie A club – where Smalling spent last season on loan – will return with an improved offer, although he could stay and fight for his place in United’s defence.

Jesse Lingard and Sergio Romero could also still exit the club, although potential suitors are understood to be put off by their high wages.

Lingard is yet to feature for United in the league this season, and is into the final year of his contract, while Romero has dropped to third-choice goalkeeper following the return of Dean Henderson from his loan spell at Sheffield United.

Gary Neville says Edinson Cavani’s imminent arrival at Manchester United is an exciting and intriguing transfer – but questioned the process behind the deal and labelled the club’s approach to business in this window as “not good enough”.

Speaking on co-commentary as Manchester United were ripped apart by Tottenham in the first half of their Super Sunday clash at Old Trafford, Neville reiterated his belief United’s failure to act quicker in the transfer window has left them playing catch-up with their rivals. 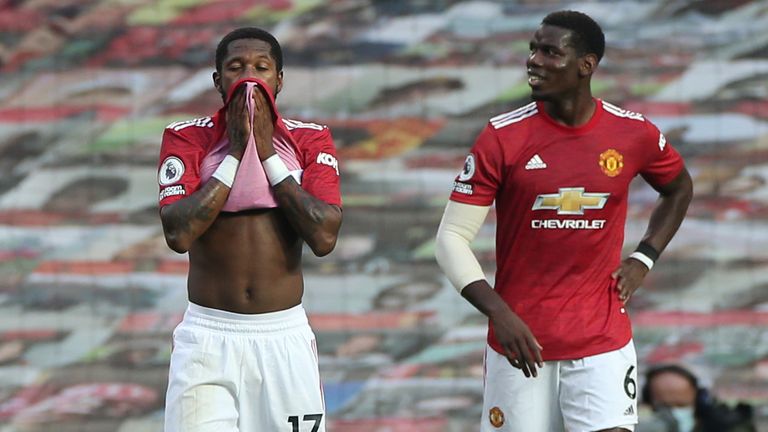 “Manchester United came out of lockdown with class. They then finished third in the league. There was then a couple of months before the start of the season where I believe they grabbed defeat from victory when they didn’t strengthen,” he said.

“And now they are scrambling on the final day of the deadline to do something about it. It’s not good enough. Every other club has done their business.”

Ole Gunnar Solskjaer says Manchester United have to look themselves in the mirror after taking full responsibility for their “embarrassing” 6-1 defeat to Tottenham. “It is embarrassing, I hold my hands up, it is my fault. It is not Manchester United,” Solskjaer told Sky Sports. “You don’t win games by making individual mistakes, errors and a performance like that.

“It was nowhere near good enough. Today is the worst. I can’t say any more than that. When you have a defeat like this you have to look yourself in the mirror.”

It turned into a humiliation. Given the rarity of Manchester United teams being thumped like they were by Tottenham on Sunday, it was a historic one, too.

This 6-1 defeat was only the second time United have let in that many in a Premier League game at Old Trafford. They had not let in four in the first half of a league match since 1957 before this one.

Sky Sports’ Gary Neville described the performance as “pathetic” but perhaps the most alarming thing is it had been coming. United’s defence has been in disarray this season.

The summer transfer window closes at 11pm on Monday, October 5 with a feast of activity throughout the day involving the biggest names in football.

Some of the highlights to enjoy on Sky Sports News and across our Sky Sports platforms:

You can also follow the stories on Sky Sports‘ digital platforms, with our dedicated Transfer Centre blog.

Here’s all you need to know about Deadline Day and how to keep across all the deals and drama with Sky Sports.

Is there a NASCAR race today? Date, start time, TV schedule for next race after 2021 Olympic break