The polls have closed on this year’s NBA Fan Favorites, a celebration of the best moments from the 2021-22 regular season chosen exclusively by NBA fans via @NBA, NBA App, and NBA.com. Ahead of the 2022 NBA Finals — and the conclusion of the 75th Anniversary Season — here are your winners in eight categories:

Dunk of the Year: Ja Morant

The Memphis All-Star took two dribbles and went way up against San Antonio’s Jakob Poeltl for the spectacular jam on Feb. 28 in the first half of a Grizzlies win that saw Morant score a game-high 52 points.

The votes are in! Ja Morant’s rim-rattling dunk against the San Antonio Spurs is your 2022 NBA Fan Favorites Dunk of the Year.

Assist of the Year: Adams to Morant at buzzer

In the same game against the Spurs on Feb. 28, Steven Adams delivered a full-court assist off the inbounds on Morant’s ridiculous alley-oop baseline bucket to beat the buzzer at the half.

The votes are in! Steven Adams’ touchdown pass to Ja Morant against the San Antonio Spurs is your 2022 NBA Fan Favorites Assist of the Year.

Handle of the Year: Jordan Poole

In a game against Washington on March 27, Golden State’s Poole split the defenders at the top of the key with a through-the-legs, behind-the-back handle before driving the lane and finishing with a lefty lay-up.

The votes are in! Jordan Poole’s crafty handle to split two defenders is your 2022 NBA Fan Favorites Handle of the Year.

In a wild ending between New Orleans and Oklahoma City that nearly went to overtime on Shai Gilgeous-Alexander’s near-halfcourt basket with 1.4 seconds remaining, Graham drained a three-quarters court heave to give the Pelicans the win.

P.J. O’Byrne thought she missed her chance to see her favorite player when he was not at a game that she attended. Curry made up for it by spending time with her before the Warriors next game in Denver.

“That’s what the NBA is all about, our fans are everything”

The votes are in! Steph Curry’s sweet pregame surprise is your 2022 NBA Fan Favorites Fan Moment of the Year!

On Dec. 14, Curry knocks down a second-quarter 3-pointer in Madison Square Garden to surpass Ray Allen as the NBA’s all-time 3-point leader.

The votes are in! Steph Curry’s historic triple to break the NBA all-time 3-point mark is your 2022 NBA Fan Favorites Viral Moment of the Year. 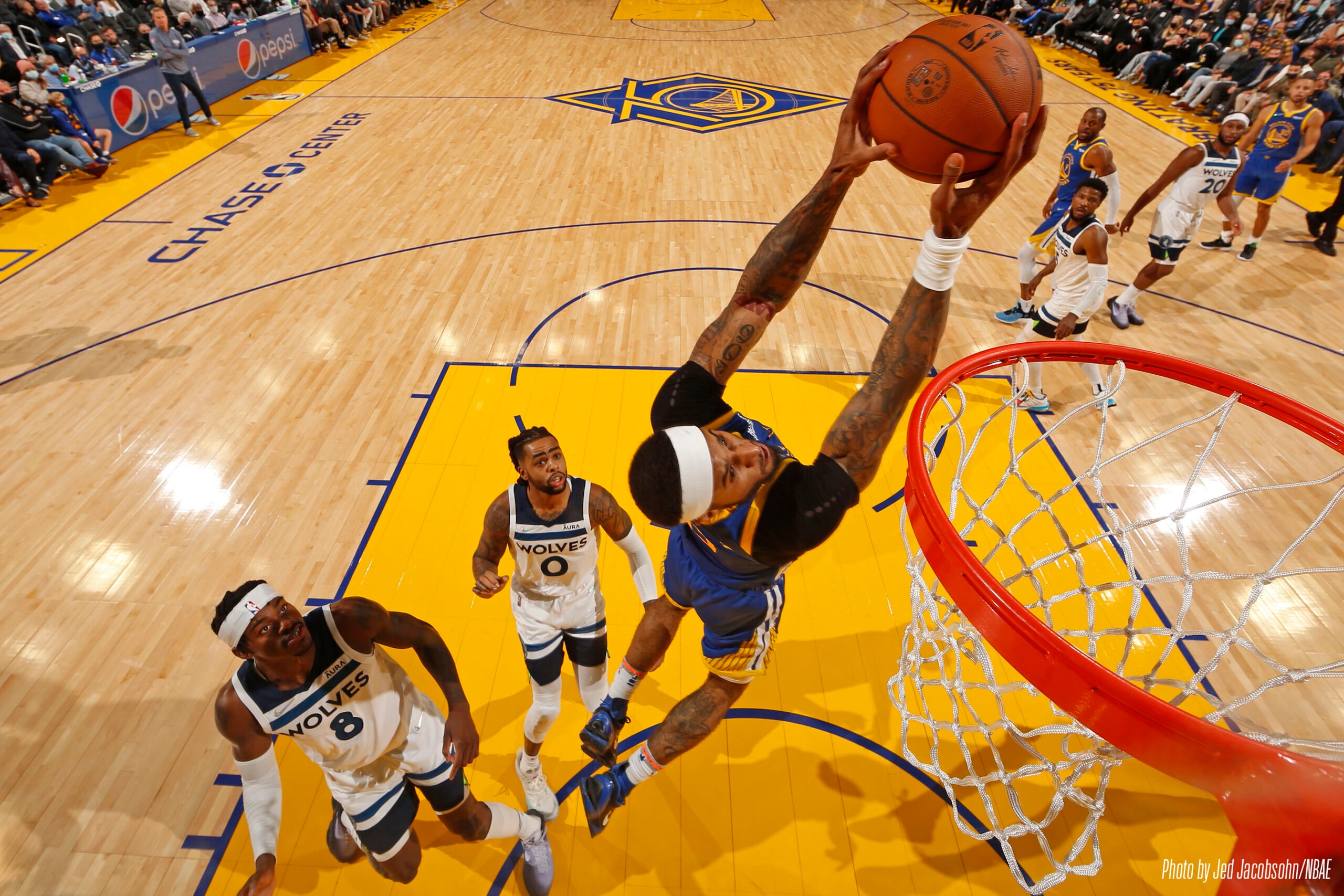 From photographer Jed Jacobsen: “Going into the Timberwolves and Warriors game, I was really excited to capture some of the young, high-flying stars on both teams. Setting the glass camera requires arriving at the arena 4-5 hours before tipoff to have time to set everything up before the first players arrive for shootaround. The camera is set on two clamps, prefocused on the ‘sweet spot’ near the hoop, behind the backboard, and then synched together with radio remotes that fire the photographic strobes that the NBA has in every arena. From there, I’m able to fire the camera during peak action.

“Gary Payton II is a dream for a photographer. He plays in such a dynamic, athletic fashion with an extreme passion for the game, which translates into great photos. Not many players in the league can dunk like him and this particular photo captures his athleticism. I’m honored to have won the NBA Fan Favorites Photo of the Year, but I couldn’t have done it without the amazing skill of GPII!”

Phoenix Suns All-Star guard Devin Booker was voted by the fans as the player with the best off-the-court style this season.